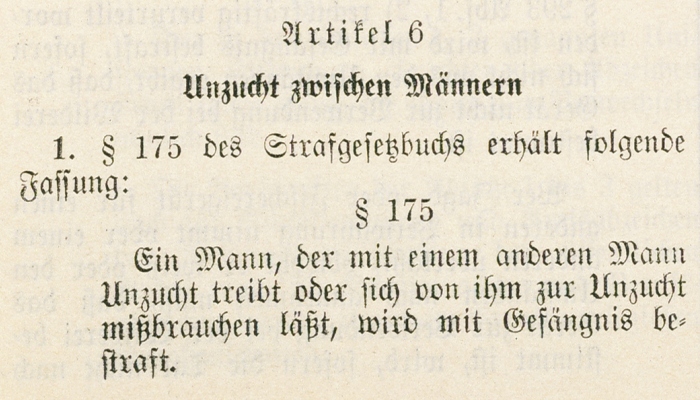 Excerpt of the page from the Tag der Ausgabe that includes the text of Paragraph 175. —US Holocaust Memorial Museum See high-resolution image.

The German Ministry of Justice revises Paragraphs 175 and 175a of the German criminal code with the intent of 1) expanding the range of criminal offenses to encompass any contact between men, either physical or in form of word or gesture, that could be construed as sexual; and 2) strengthening penalties for all violations of the revised law. The revision facilitates the systematic persecution of homosexual men and provides police with broader means for prosecuting them.

After taking power in 1933, the Nazis persecuted homosexuals as part of their so-called moral crusade to racially and culturally purify Germany. This persecution ranged from forced dissolution of homosexual organizations to internment of thousands of individuals in concentration camps. Gay men, in particular, were subject to harassment, arrest, incarceration, and even castration. In Nazi eyes, gay men were weak and unfit to be soldiers, as well as unlikely to have children and thereby contribute to the racial struggle for Aryan dominance. 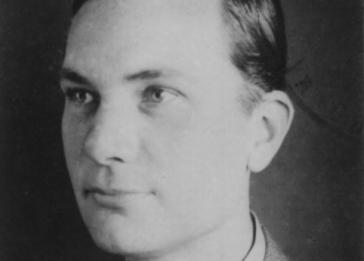 Friedrich-Paul von Groszheim, who was arrested in January 1937 under Paragraph 175.