Law on Alteration of Family and Personal Names 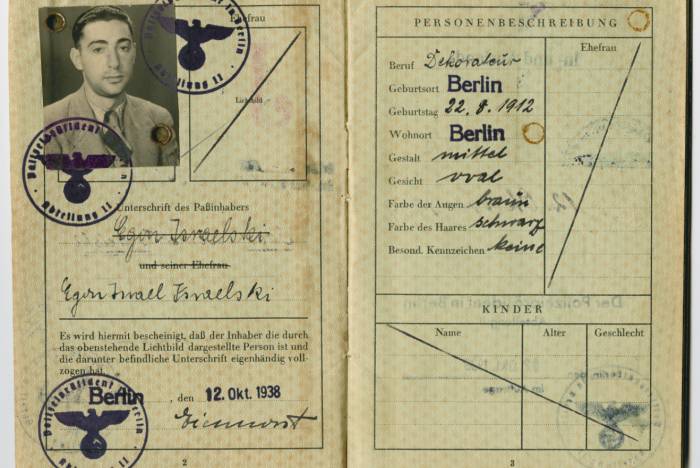 The Executive Order on the Law on the Alteration of Family and Personal Names requires German Jews bearing first names of “non-Jewish” origin to adopt an additional name: “Israel” for men and “Sara” for women.

The government required Jews to identify themselves in ways that would permanently separate them from the rest of the German population. In the new August 1938 law, authorities decreed that by January 1, 1939, Jewish men and women bearing first names of “non-Jewish” origin had to add “Israel” and “Sara,” respectively, to their given names. All German Jews were obliged to carry identity cards that indicated their heritage, and, in the autumn of 1938, all Jewish passports were stamped with an identifying red letter “J”. As Nazi leaders quickened their war preparations, antisemitic legislation in Germany and Austria paved the way for more radical persecution of Jews.