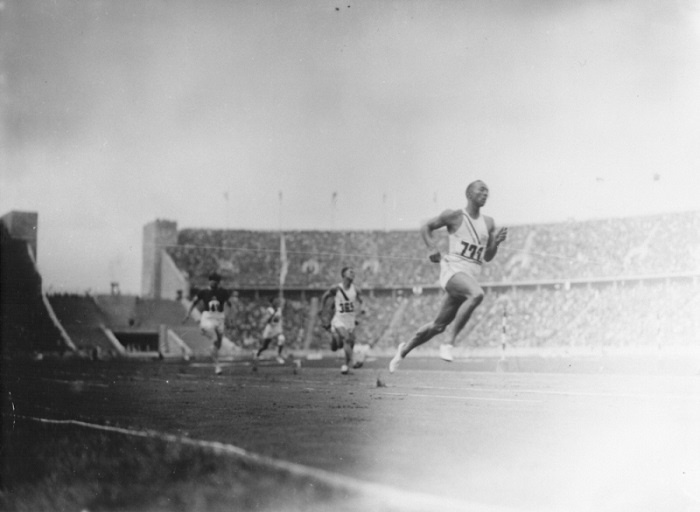 Eighteen black athletes represented the United States in the 1936 Olympics. African Americans dominated the popular track and field events. Many American journalists hailed the victories of Jesse Owens and other blacks as a blow to the Nazi myth of “Aryan” supremacy. Goebbels’s press censorship prevented German reporters from expressing their prejudices freely, but one leading Nazi newspaper demeaned the black athletes by referring to them as “auxiliaries.”

The African American athletes who competed in the 1936 Olympics in Berlin won 14 medals. The continuing social and economic discrimination black athletes faced after returning to the United States emphasized the irony of their victory in racist Germany.