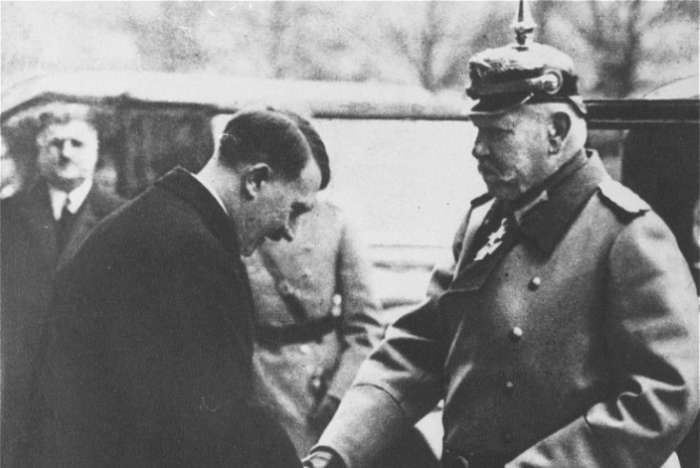 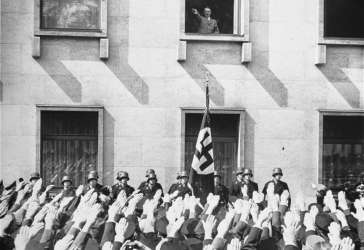 On the day of his appointment as German chancellor, Adolf Hitler greets a crowd of enthusiastic Germans from a window in the Chancellery building. Berlin, Germany, January 30, 1933. —Bayerische Staatsbibliothek