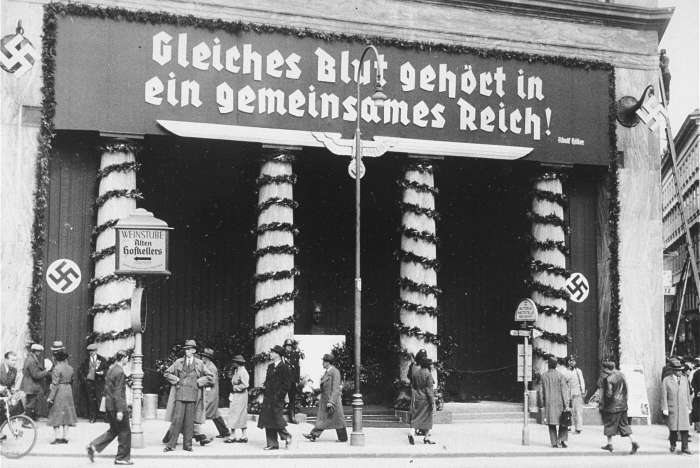 View of the Loos Haus, a public building in Vienna, adorned with decorations and a large banner bearing a quote from Hitler, "Those of the same blood belong in the same Reich!" Such banners were hung throughout Austria in the weeks preceding the April 10th plebescite on the incorporation of Austria into the German Reich. —Library of Congress

On March 11–13, 1938, German troops invade Austria and incorporate Austria into the German Reich in what is known as the Anschluss.

A wave of street violence against Jewish persons and property followed in Vienna and other cities throughout the so-called Greater German Reich during the spring, summer, and autumn of 1938, culminating in the Kristallnacht riots and violence of November 9-10.