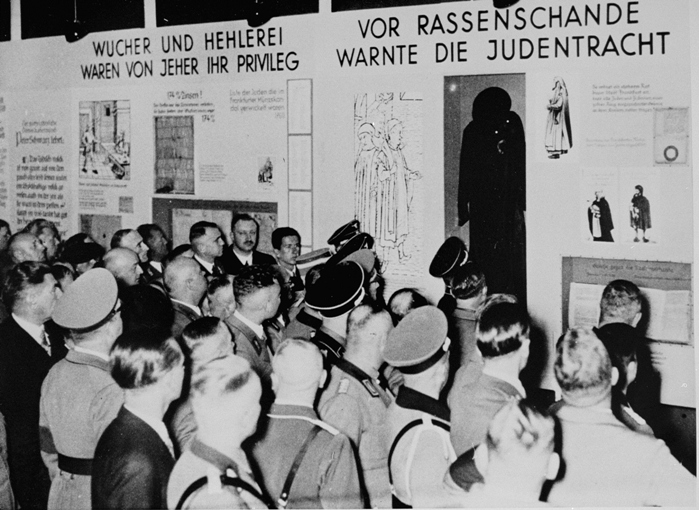 Nazi officials in attendance at the opening of "The Eternal Jew" exhibition in Munich, view a segment entitled, "Jewish dress was a warning against racial defilement." To the left is a segment entitled, "Usury and the fencing of goods were always their privilege." —US Holocaust Memorial Museum, courtesy of National Archives and Records Administration, College Park

The exhibition depicted stereotypical images of Jews to illustrate charges of a Jewish world conspiracy against Germany and links between Judaism and communism. A traveling exhibition, it was shown in Berlin, Vienna, and various other German cities. More than 400,000 people attended the exhibition.