Previous: Cover of The Island Next: Prisoners at Forced Labor 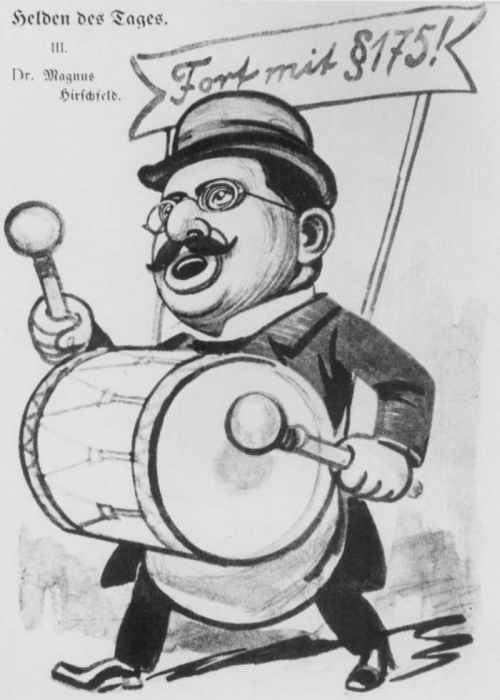 A 1907 political cartoon depicting sex-researcher Magnus Hirschfeld, ‘Hero of the Day,’ drumming up support for the abolition of Paragraph 175 of the German penal code that criminalized homosexuality. The banner reads, ‘Away with Paragraph 175!’ The caption reads, ‘The foremost champion of the third sex!’ –US Holocaust Memorial Museum Photo Archives

This image is for the promotion of Nazi Persecution of Homosexuals 1933-1945 (or for the United States Holocaust Memorial Museum general press kit) only. Any reproduction of the images must include full caption and credit information. Images may not be cropped or altered in any way or superimposed with any printing.

Previous: Cover of The Island Next: Prisoners at Forced Labor