Fighting the Fires of Hate: America and the Nazi Book Burnings Browse

Jerry Doyle “The Way the Wind Is Blowing” 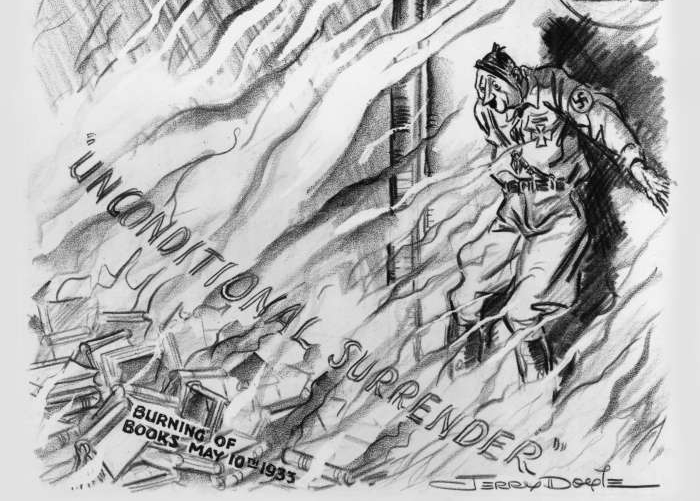 Jerry Doyle, “The Way the Wind is Blowing,” distributed by the Council on Books in Wartime. Published in May 1933 in scores of newspapers nationwide.–US Holocaust Memorial Museum/Library of Congress

This high-resolution image will take a long time to download. You may use this rights-free image in print or on the web with the above caption and credit

This image is for the promotion of Fighting the Fires of Hate: America and the Nazi Book Burnings (or for the United States Holocaust Memorial Museum general press kit) only. Any reproduction of the images must include full caption and credit information. Images may not be cropped or altered in any way or superimposed with any printing.