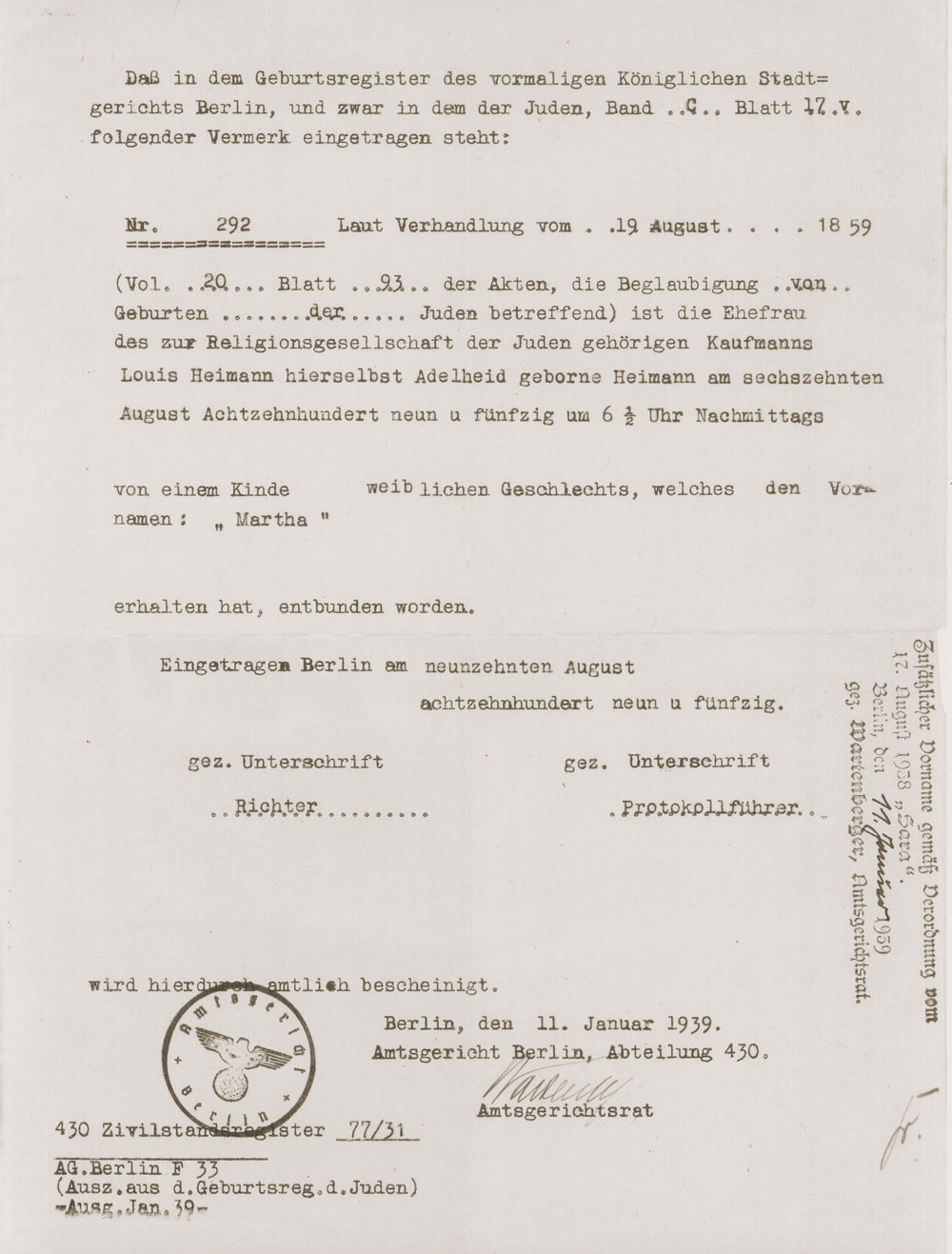 Affidavit issued by the Berlin District Court for Martha Heimann on January 11, 1939. The court affirmed that Martha’s birth was registered by the courts on August 19, 1859 and that she was born to parents who were members of the Jewish religious community. According to the Nuremberg Race Laws, Martha was classified as a full Jew and, according to the stamp along the right side of the affidavit, was required to add the middle name “Sara,” to her full name, indicating she was Jewish.