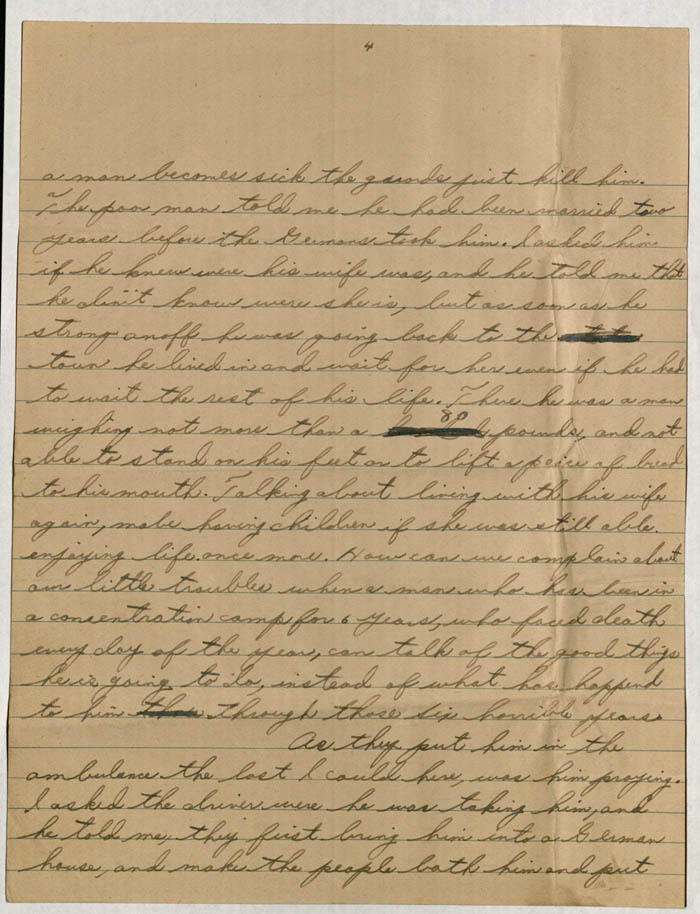 Page 4 of a letter from Aaron E. Eiferman: "he was going back to the town he lived in and wait for her even if he had to wait the rest of his life"

a man becomes sick the guards just kill him. The poor man told me he had been married two years before the Germans took him. I asked him if he knew were his wife was, and he told me that he din’t know were she is, but as soon as he strong anoff he was going back to the town he lived in and wait for her even if he had to wait the rest of his life. There he was a man weighing not more than 80 pounds, and not able to stand on his feet or to lift a piece of bread to his mouth. Talking about living with his wife again, mabe having children if she was still able. enjoying life. once more. How ca we complain about our little troubles when a man who has been in a consentration camp for 6 years, who faced death every day of the year, can talk of the good things he is going to do, instead of what has happend to him through those six horrible years.

As they put him in the ambulance the last I could here, was him praying. I asked the driver were he was taking him, and he told me, they first bring him into a German house, and make the people bath him and put