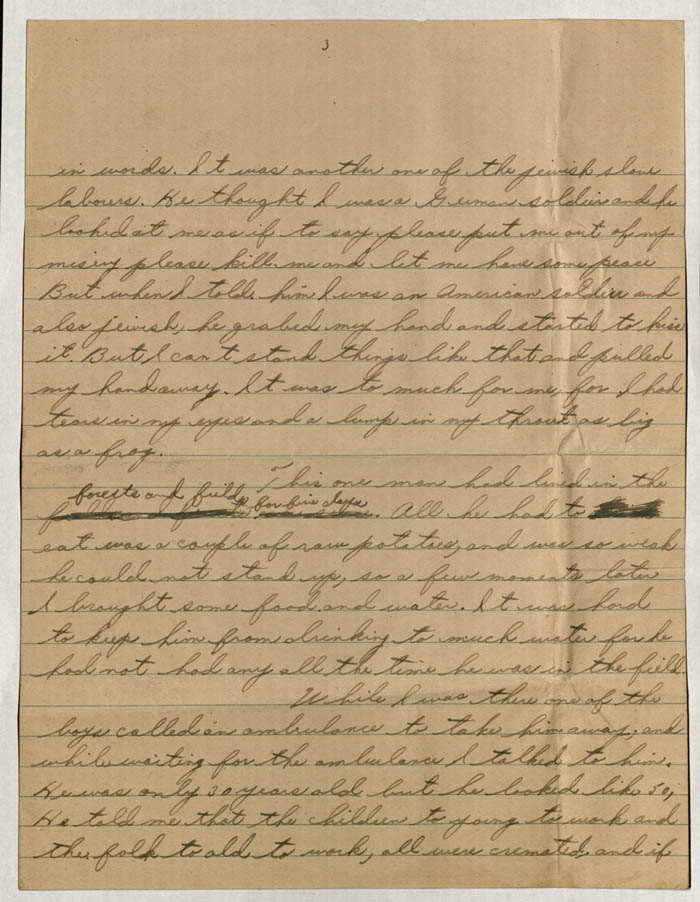 Page 1 of a letter from Aaron E. Eiferman: "It was to much for me, for I had tears in my eyes"

in words. It was another one of the jewish slave labours. He thought I was a German soldier and he looked at me as if to say please put me out of my misery please kill me and let me have some peace  But when I told him I was an American soldier and also jewish, he grabed my hand and started to kiss it. But I can t stand things like that and pulled my hand away. It was to much for me, for I had tears in my eyes and a lump in my throut as big as a frog.

This one man had lived in the forests and fields for five days. All he had to eat was a couple of raw potatoes, and was so weak he could not stand up, so a few moments later I brought some food and water. It was hard to keep him from drinking to much water for he had not had any all the time he was in the field.

While I was there one of the boys called an ambulance to take him away, and while waiting for the ambulance I talked to him. He was only 30 years old but he looked like 50, He told me that the children to young to work and the folk to old to work, all were cremated, and if