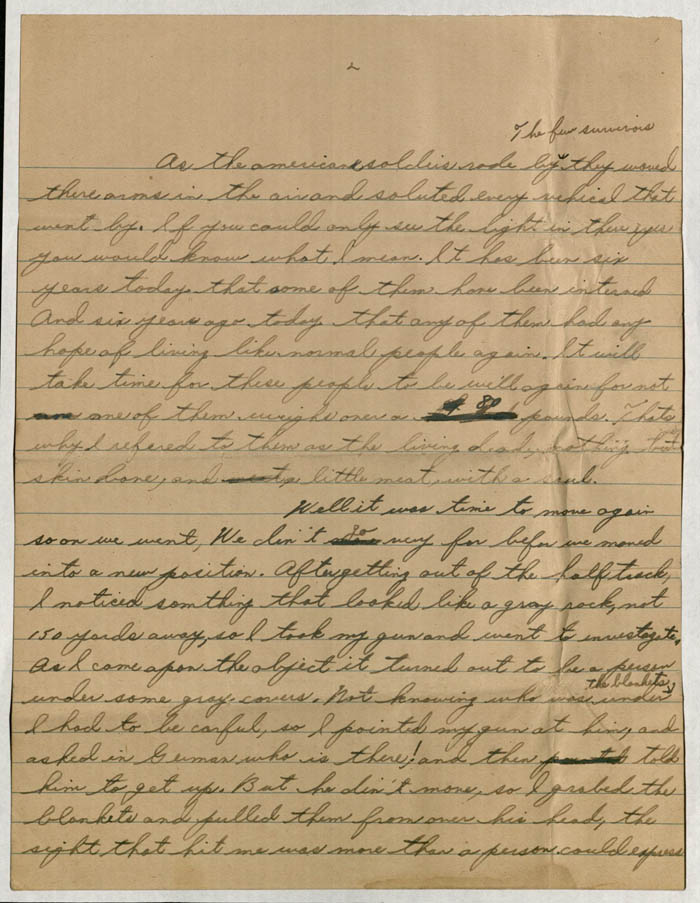 Page 2 of a letter from Aaron E. Eiferman: "the sight that hit me was more than a person could express"

As the American soldiers rode by the few survivors they waved there arms in the air and saluted every vehical that went by.  If you could only see the light in there eyes you would know what I mean. It has been six years today that some of them have been interned and six years ago today that any of them had any hope of living like normal people again. It will take time for these people to be well again for not one of them weighs over 80 pounds. That’s why I refered to them as the living dead, nothing but skin bone, and little meat, with a soul.

Well it was time to move again so on we went, We din’t go very far befor we moved into a new position. After getting out of the half track, I noticed something that looked like a gray rock, not 150 yards away, so I took my gun and went to investagate.  As I came apon the object it turned out to be a person under some gray covers. Not knowing who was under the blankets, I had to be carful so I pointed my gun at him, and asked in German who is there!, and then told him to get up.  But he din’t move, so I grabed the blankets and pulled them from over his head, the sight that hit me was more than a person could express