Next: Aaron A. Eiferman Letter: Page 2 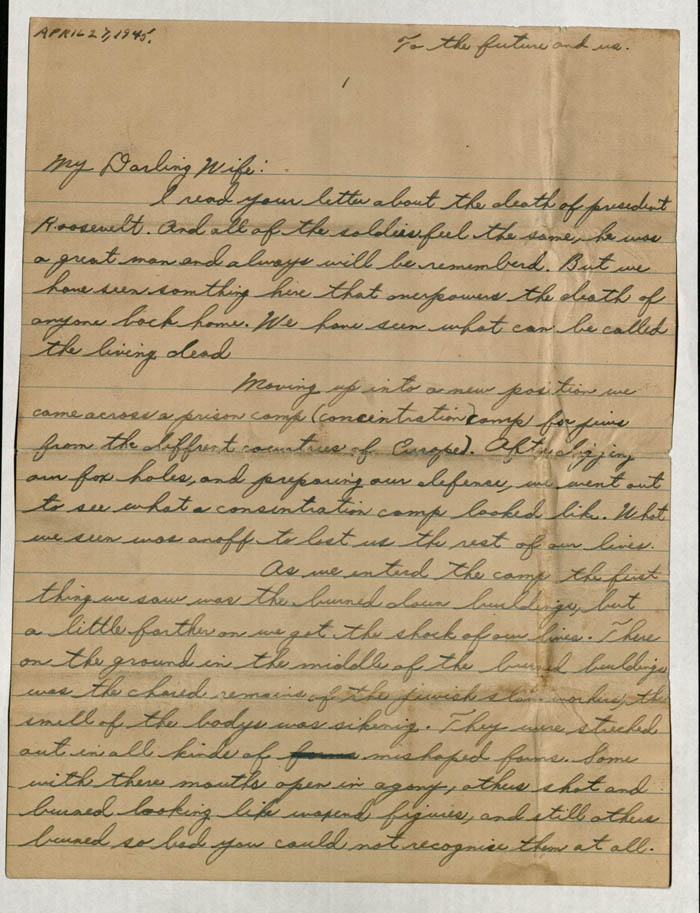 Page 1 of a letter from Aaron E. Eiferman: "We have seen what can be called the living dead"

To the future and us.

I read your letter about the death of president Roosevelt. And all of the soldiers feel the same, he was a great man and always will be rememberd. But we have seen somthing here that overpowers the death of anyone back home. We have seen what can be called the living dead

Moving up into a new position we came across a prison camp (concentration camp for jews from the different countries of Europe). After digging our fox holes, and preparing our defense, we went out to see what a consentration camp looked like. What we seen was anoff to last us the rest of our lives.

As we entered the camp the first thing we saw was the burned down buildings, but a little farther on we got the shock of our lives. There on the ground in the middle of the burned buildings was the chared remains of the jewish slave workers, the smell of the bodys was sikenig.  They were stretched out in all kinds of mishaped forms. Some with there mouths open in agony, others shot and burned looking like waxend figures, and still others burned so bad you could not recognise them at all.

Next: Aaron A. Eiferman Letter: Page 2