Next: Synagogue Furnishings at Zeven 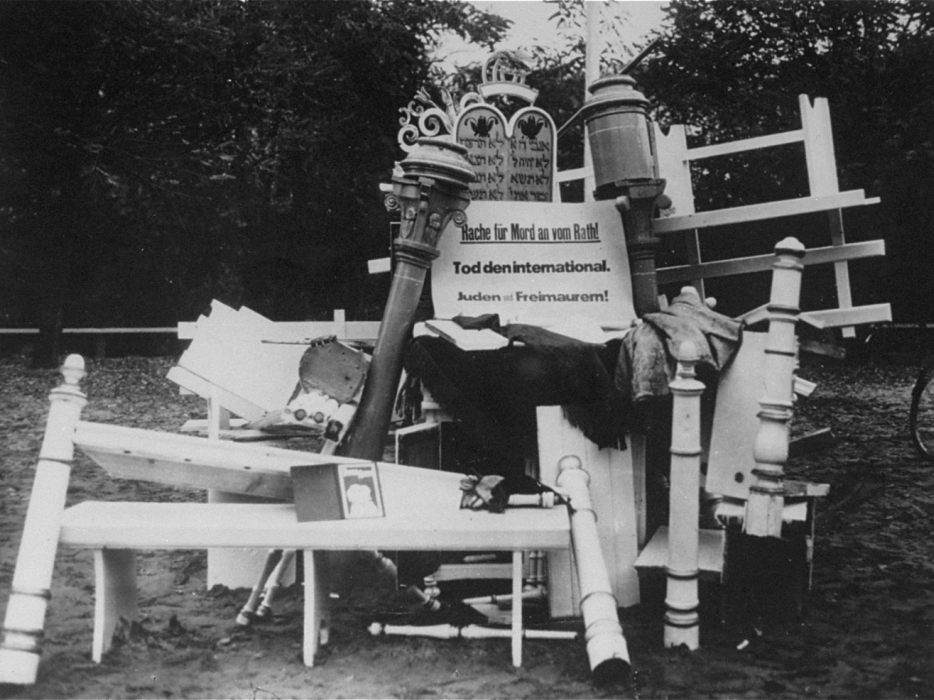 The town of Zeven, Germany, had 2,500 inhabitants in 1938, 28 of them Jews. On November 10, 1938, under Gestapo orders, the synagogue in Zeven was forcibly emptied and the furnishings publicly burned at the town's main square. A photographer captured this event. –Bildarchiv Preussischer Kulturbesitz

Do you recognize any of the objects shown heaped in this photograph?

The furnishings of the interior of the Zeven synagogue were dumped at the town square. The ten commandments are visible toward the top of the pile. The sign below the former ark and bimah reads: "Revenge for the murder of vom Rath! Death to the International. Jews and Freemasons!"

What does the sign suggest was the motivation for Kristallnacht?

The sign calls for "Revenge for the murder of vom Rath!" Vom Rath was a German diplomatic official in Paris who was shot by a Jewish teenager on November 7, 1938. By calling for "Death to the International. Jews and Freemasons!" the Nazis intended to use this incident as an excuse to terrorize the entire German Jewish community and to justify their actions to the German public.

Next: Synagogue Furnishings at Zeven