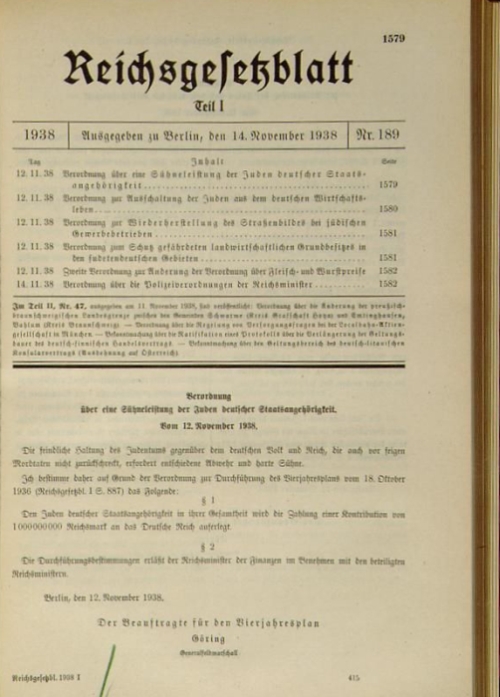 A page from the Reichsgesetzblatt –US Holocaust Memorial Museum

On November 12, 1938, German officials met to assess the damages caused by Kristallnacht and to discuss further penalties for the nation's Jews. This page from the Reichsgesetzblatt, the official German legislative gazette, shows the Decree Concerning the Atonement Fee for the Jews of German Citizenship, one of three anti-Jewish laws issued on the day of this conference. To fulfill the "Atonement Fee," Germany's Jews had to pay a 20 percent tax on all their reported assets as declared on April 16, 1938.