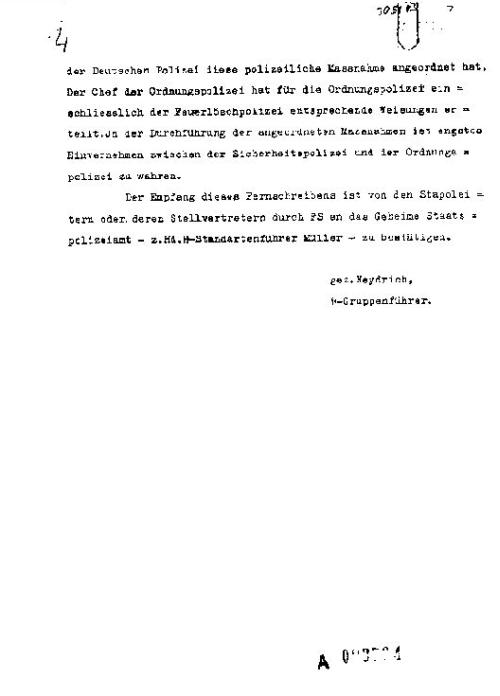 The Security Police [political and criminal divisions], the Order Police [uniformed police] and the fire brigades were involved in the planning of Kristallnacht. What were the implications of this coordinated planning for the victims of the riot?

Traditionally, people and communities rely upon the police and fire brigades to protect them from criminal actions, violence, and property loss or damage. During Kristallnacht, Jews could not rely on the government, police, or fire brigades to protect them or their property. By November 1938, the Jewish community in Germany had been isolated from the rest of the German population with limited recourse to protection under the law.