In December 1942, Bonhoeffer sent a Christmas letter (“After Ten Years”) to his closest friends in the resistance. In a bitterly realistic tone, he faced the prospect that they might fail, and that his own life’s work might remain incomplete. He may have wondered, too, whether his decision to return to Germany and to work in military intelligence had been the right one. “Are we still of any use?” he wrote:

We have been silent witnesses of evil deeds: we have been drenched by many storms; we have learnt the arts of equivocation and pretence; experience has made us suspicious of others and kept us from being truthful and open; intolerable conflicts have worn us down and even made us cynical. Are we still of any use? 22

The necessities of subterfuge and compromise had already cost him a great deal. He pondered the different motives for fighting evil, noting that even the finest intentions could prove insufficient. “Who stands firm?” Bonhoeffer asked:

Only the one for whom the final standard is not his reason, his principles, his conscience, his freedom, his virtue, but who is ready to sacrifice all these, when in faith and sole allegiance to God he is called to obedient and responsible action: the responsible person, whose life will be nothing but an answer to God’s question and call. 23 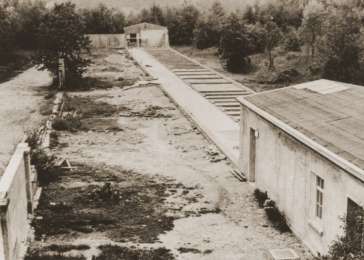 In this letter, one of Bonhoeffer’s most moving and powerful writings, the various threads of Bonhoeffer’s life and work came together. He had been one of the few in his church to demand protection for the persecuted as a necessary political step. He had called upon his church, traditionally aligned with the state, to confront the consequences of that alliance. The church struggle, as he wrote Bishop George Bell in 1934, was “not something that occurs just within the church, but it attacks the very roots of National Socialism. The point is freedom. . . .” 24

Bonhoeffer’s focus remained more theological and political. The church debates about the Aryan paragraph had convinced him that the old traditions were bankrupt. Instead, Bonhoeffer called for the practice of “religionless Christianity” in “a world come of age”—a world in which the old certainties and values had been replaced by cynicism and ideology. He tried to determine what kind of Christian faith was viable in this new world—not in order to “extricate himself heroically from the affair,” but to arrive at a new understanding of faith, to pass on to future generations.

It is in this context that his ongoing reflections on the relationship between Judaism and Christianity must be understood. His insights were less about Judaism, more about his own Christianity. His 1941 statement that “The Jew keeps the question of Christ open,” (published in his Ethics) was a final acknowledgment that the persecution of the religion most historically bound to his own had led him to rethink his own faith fundamentally.

For this reason, Bonhoeffer’s greatest influence today is precisely in those critical Christian circles that have sought to reformulate Christian theology after Auschwitz. Nonetheless, we cannot know for sure whether he would have abandoned his early supersessionism, or how he would have dealt with the theological questions raised in the aftermath of the Holocaust. He was unable to complete his theological journey.

Bonhoeffer’s final legacy transcends that of the German resistance circles in which he moved. Their tragedy was not just that they failed, but that their failure revealed the extent to which they were “unfinished.” As the decades since 1945 have passed, we become ever more aware that the scope of Nazi evil demanded a more finished kind of heroism—impelled not only by repugnance against the brutality of a dictatorship, but by a deeper awareness of the costs of antisemitism, compromise, and complicity.

But this is an awareness that we have won only gradually, partly as the result of the growing scope of Holocaust scholarship. Our realization that the pervasive antisemitism and anti-Judaism in Christian circles helped foster the attitudes that culminated in the Holocaust leads us, correctly, to read Bonhoeffer's theological writings more critically.

This should not blind us to the fact that he leaves a legacy unique among theologians and church activists. As hardly any other Christian thinker in history, Bonhoeffer articulated a theology that truly confronted his times—and he did so not with the benefit of hindsight, but during the Third Reich itself. We are left with many questions about where this life would have led. But, in a very real sense, the questions Bonhoeffer left unresolved are the ones we face today, as we continue to wrestle with the aftermath of the Holocaust.