From the Museum's Collection Browse 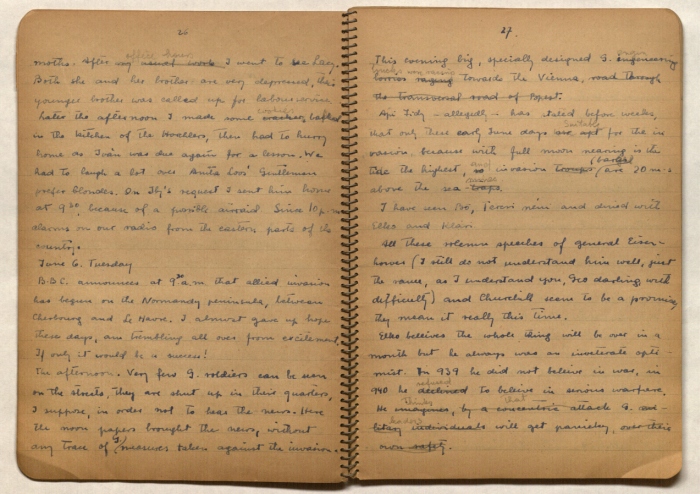 Maria Madi was born in 1898 in Budapest and lived there during World War II. In her diary, she wrote in English of the war’s impact on her city and country as well as the plight of Hungarian Jews, especially after the German occupation began in March 1944. US Holocaust Memorial Museum, gift of Stephen Walton

“B.B.C. announces at 9:30 am that allied invasion has begun on the Normandy peninsula, between Cherbourg and Le Havre. I almost gave up hope these days, am trembling all over from excitement. If only it would be a success!

“This afternoon, very few G[erman] soldiers can be seen on the streets, they are shut up in their quarters, I suppose, in order not to hear the news. Here the noon papers brought the news, without any trace of G[erman] measures taken against the invasion…”