Filming on the Roof of the American Embassy

Previous: Julien Bryan's Passport Next: A Business in Besieged Warsaw 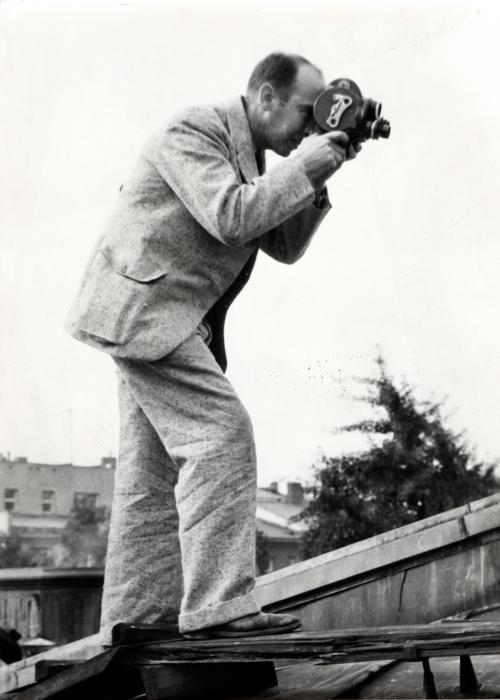 Days after the German invasion of Poland, Julian Bryan films German planes from the roof of the American Embassy in Warsaw. In his book Siege, Bryan wrote:

Toward the end of the siege I was on the roof of the embassy.... It was so exciting and thrilling that I quite forgot my fear. During the next half-hour I took three hundred feet of film as Nazi planes dove down within a few hundred yards of the embassy roof, seeming, through my view finder, to be almost upon me.

Previous: Julien Bryan's Passport Next: A Business in Besieged Warsaw