Next: Filming on the Roof of the American Embassy 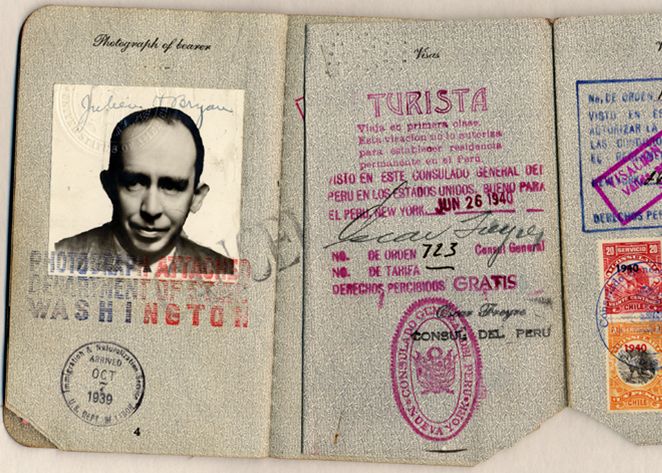 The U.S. passport issued to Julien Bryan on February 20, 1939, containing numerous stamps and visas. Bryan was filming on his own in Western Europe and found himself in late summer 1939 with 6,000 feet - roughly an hour - of unexposed 35mm motion picture negative left over. There were rumors and rumblings throughout Europe, so he decided to head for Warsaw without knowing precisely what was about to happen. As he was on the train, Germany launched its war on Poland. Given open access to the city by the mayor of Warsaw, Bryan filmed day and night for two weeks in September 1939, documenting Warsaw’s destruction. He took his cameras under the same bombing and shelling faced by everyone in Warsaw. Later, he wrote:

I was not making a travelogue. I was in Warsaw, whether I believed it or not, making a historical record on film of what happens in modern war. People might not believe my story if I told it in words when I returned to America. Everyone would believe my pictures.

Next: Filming on the Roof of the American Embassy