Pupil at the Goldschmidt Jewish School 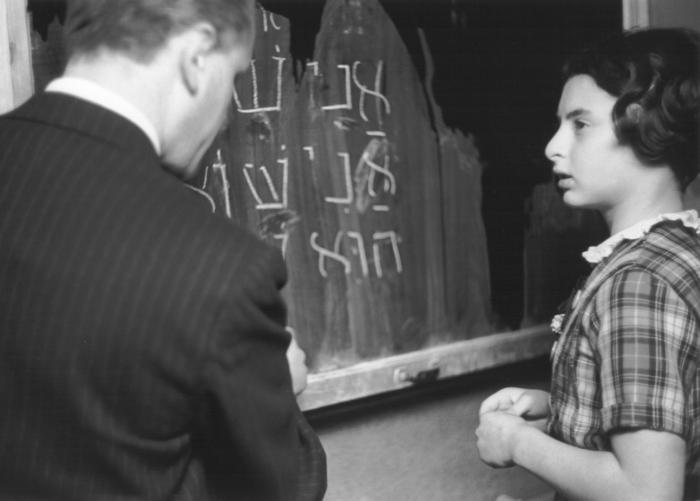 A pupil at the Goldschmidt Jewish private school in Berlin-Grunewald conjugates the Hebrew verb “to ask” on the chalkboard. Back in the United States, Bryan regularly gave lecture tours with accompanying motion pictures to convey what he had seen and the threat that he thought the Nazis posed to peace in Europe. During one of these presentations on Nazi Germany in 1938, he said:

This is a special Jewish school. Probably by this time all of you realize… [there are] no Jewish faculty in any university, or high school, or elementary school…. This country which five years ago was… one of the most civilized among the countries in the civilized world. And back today to the Inquisition…. To my mind, in another five years there will be very few of these five hundred thousand Jews left alive.