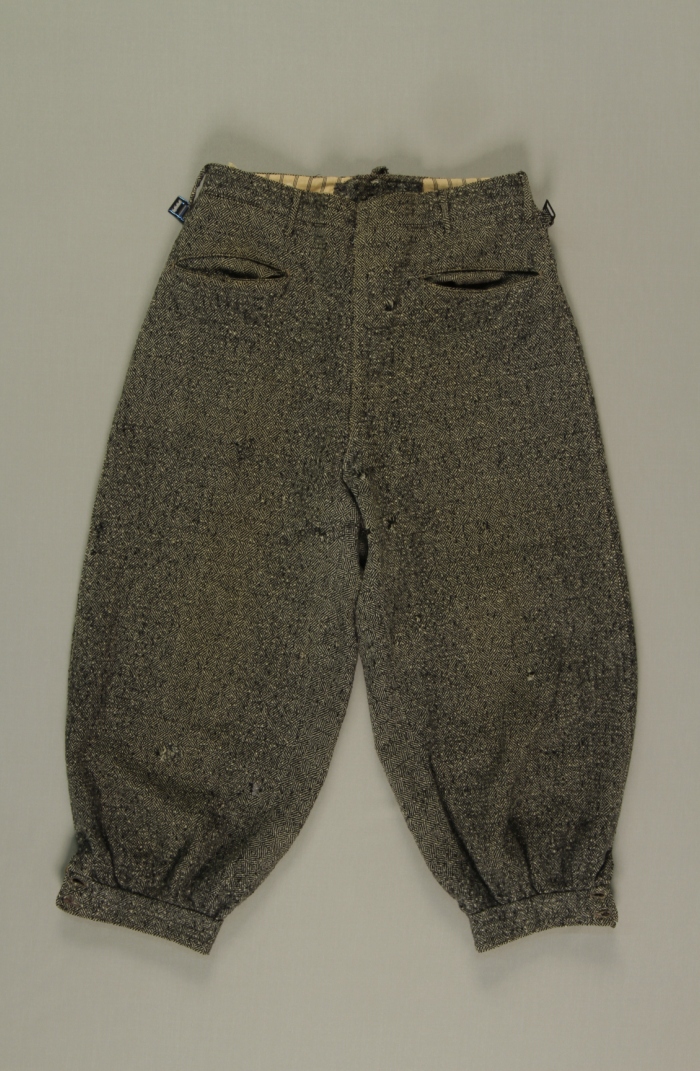 On September 7, 1939, Marjan Glass was wearing these pants while digging ditches in Warsaw to defend the city against the German invasion. —US Holocaust Memorial Museum, gift of Wanda Glass

A taxi driver offered to drive Marjan east in exchange for money and fuel. Marjan and the taxi driver stopped at Marjan’s home to collect Marjan’s wife, son, mother-in-law, and brother-in-law. Hoping to get away as quickly as possible, Marjan did not bother to change out of his work clothes and wore these pants as he and his family escaped.