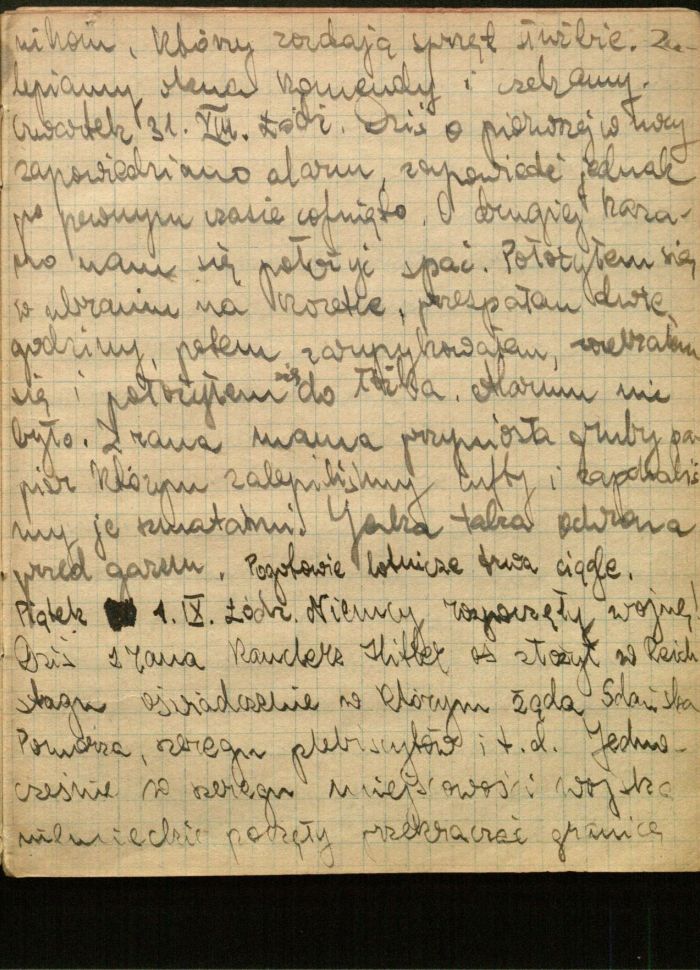 Entry dated August 31, 1939, from the diary of Dawid Sierakowiak. —US Holocaust Memorial Museum

Dawid Sierakowiak, a Polish Jew from Lodz, was 15 years old when Germany invaded Poland on September 1, 1939. During the last weeks of August 1939, he recorded in his diary news of unfolding international events, as well as the fear and uncertainty that gripped Poland during this period. On August 31, 1939, the day before the war began, he described the precautions that the city and individual families were taking in case of an invasion.

Dawid died in the Lodz ghetto in August 1943.

Today at one o’clock in the morning they sounded the alarm, but after some time it went silent. About 2 a.m. we were told to lie down to sleep. I lay down in my clothes on the tuffet and dozed for two hours. I then decided to risk it and changed out of my clothes and got into bed. There were no further alarms. In the morning Mama brought thick paper, which we stuck over the air vents and secured with rags—a sort of defense against any gas. Air raid sirens are constant.