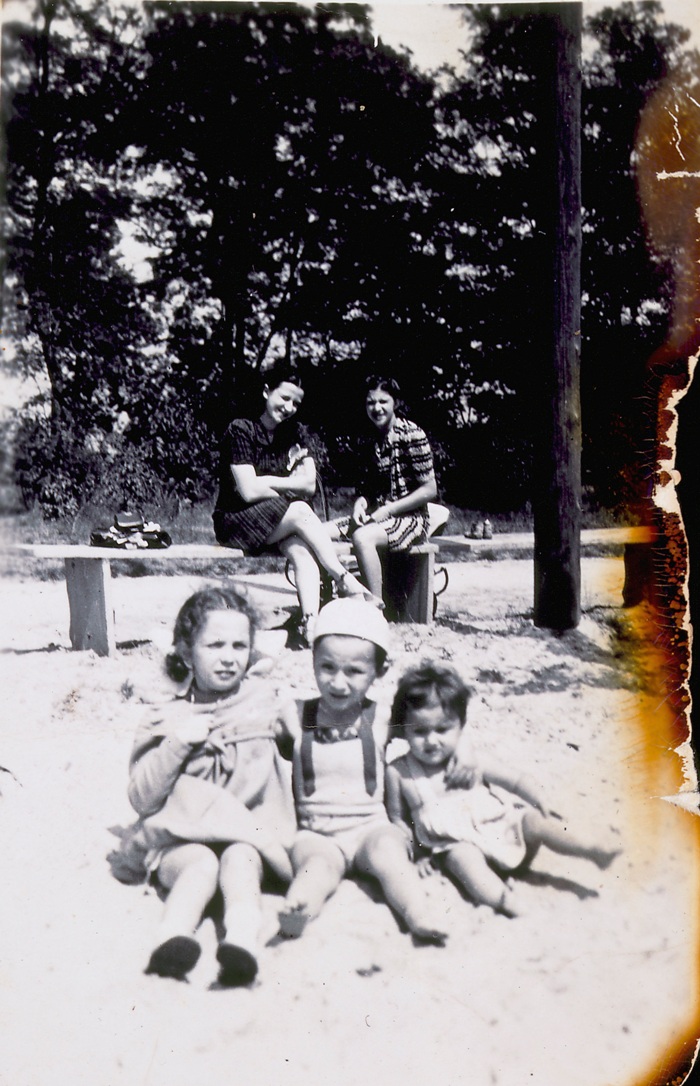 Masza Swislocki (back, left) retrieved this charred photo, along with other belongings, from her home in Warsaw after it was destroyed during the German bombing. —US Holocaust Memorial Museum, courtesy of Norbert Swislocki

The snapshot shows Masza’s son, Norbert (front, center), with friends before September 1939. Masza, Norbert, and her husband, Abraham, survived the war and the Holocaust. After a long flight that took them across the border to Lithuania, then via the Trans-Siberian Railroad to Japan, the family remained in Shanghai as refugees during the war.