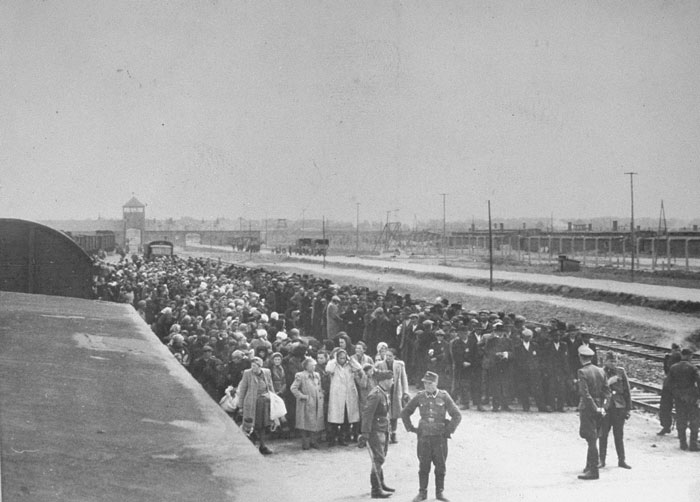 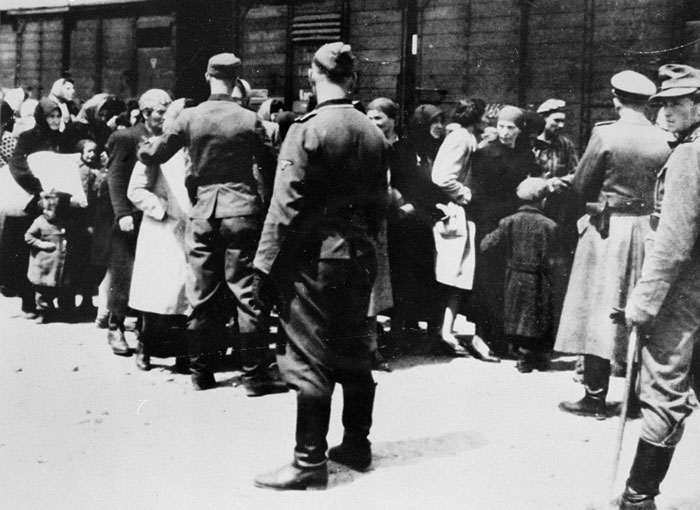 This photograph, part of the Auschwitz Album, was used as evidence in the Frankfurt trial. On the far right, you see Stefan Baretzki, a defendant in the trial, who was convicted partially because this photograph proves that he staffed the ramp. —US Holocaust Memorial Museum #77404, courtesy of Yad Vashem 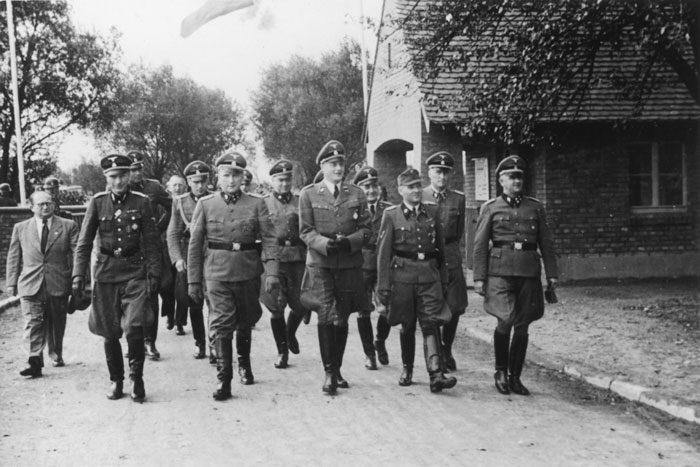 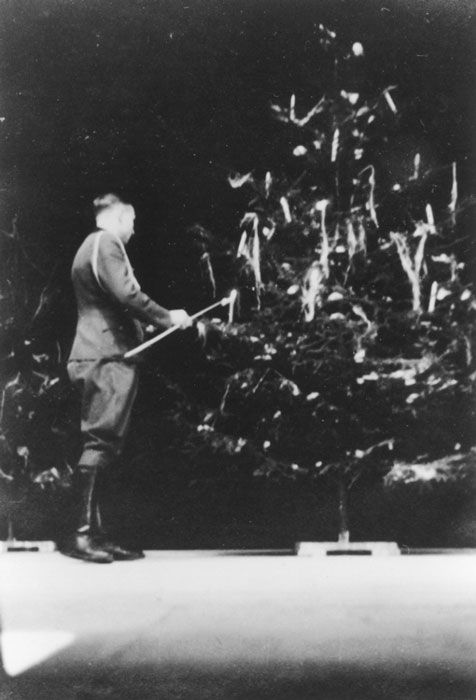 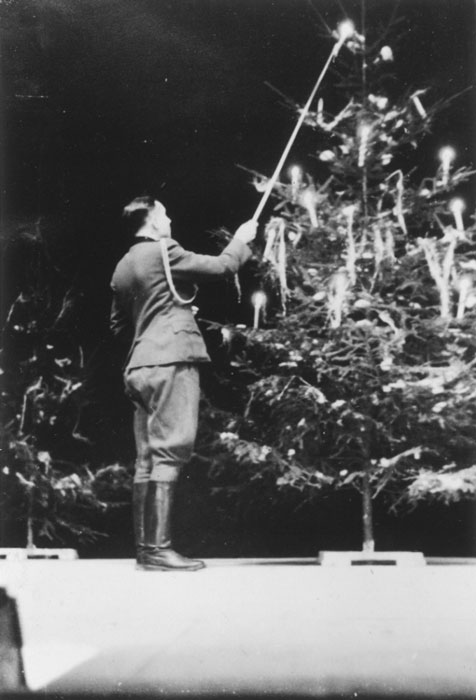 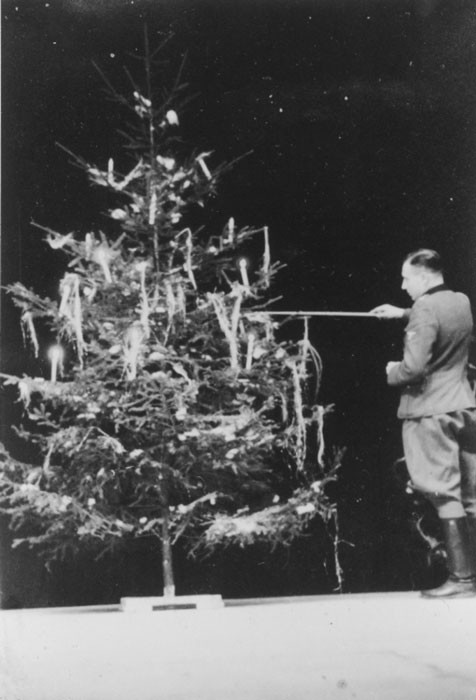 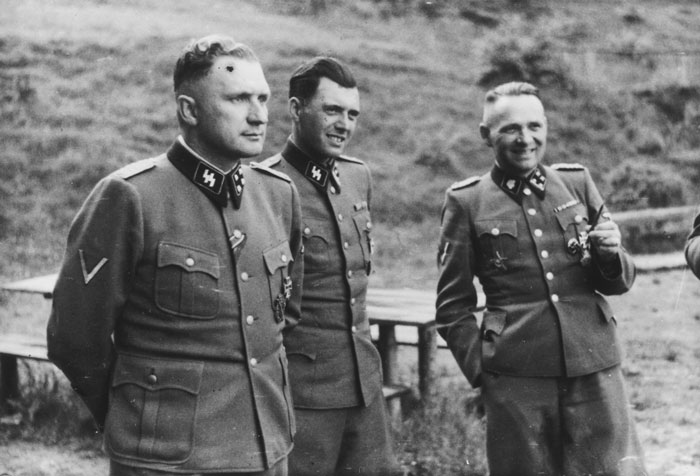 In 1963 Karl Höcker finally faced charges at the Frankfurt Auschwitz Trial. The vast majority of his testimony centered on whether or not he ever served on "the ramp"; that is whether he participated in the selection process which determined which new prisoners were to live and which were to die. Höcker testified that he did not arrange for staffing on the ramp; he never staffed the ramp himself nor attended a selection; he never saw the execution of a prisoner, and he only became aware of the gas chambers after his arrival at Auschwitz.

Though some witnesses testified that Höcker must have taken a turn on the ramp, no one could state for certain that he had been there. Nor does he appear on the ramp in either of the photograph albums. However, Höcker's personal album shows him in close contact to the main perpetrators at Birkenau—Höss, Kramer, Mengele and even the head of the crematoria, Moll. Höcker appears with them on not only one occasion but on almost every page. Since many of his SS colleagues participated in the selection process, his statements that he did not know about the selections are not credible.

Although the Frankfurt court found that Höcker, as adjutant to Baer, was generally co-responsible for the transport of Jews to Auschwitz-Birkenau at the time when the gas chambers were operating over capacity and that he had specific knowledge of arriving transports through the telegrams announcing them, the prosecutors were unable to prove that he personally participated in the killing process. Even though Höcker could not be placed on the ramp, the court found him guilty of aiding and abetting the murder of 1,000 people on four separate occasions. He was sentenced to only seven years in prison. With the deduction of time served, Höcker was released in 1970. He regained his job as a chief cashier of the regional bank in Lubbecke. Karl Höcker died in 2000 at age 88.

Thousands of survivor testimonies describe the ordeals of prisoners, but little documents the totally different world in which the SS lived only a few kilometers away. Yet, it is important to examine Auschwitz as a whole. The people photographed in Karl Höcker's album are the same who facilitated the arrival of Lili Jacob's transport. The photos in Höcker's album were taken only weeks later than those in Jacob's album. Auschwitz was not a radically different camp in those weeks—the staff was the same, the grounds the same, the crimes the same. As the only other major set of photographs of the camp were taken in 1942 when Himmler visited to inspect, the addition of Höcker's photographs to the historical discourse is especially valuable. How can one understand how the Holocaust occurred without looking at the perpetrators of the crimes? Life for the Auschwitz staff, as depicted in Höcker's album, seems generally happy and benign.

Photographs taken during Christmas in 1944 show that even until the very end, the SS men had the time and inclination to enjoy themselves. The men in Höcker's photographs do not appear to be sadists, but good soldiers relaxing from their toils. Perhaps this should come as no surprise. Höcker consistently denied any wrong-doing at the Auschwitz trial.

Similarly Rudolf Höss maintained in his autobiography that despite his central role in the Final Solution, he still was a moral, decent person. He wrote, "May the general public simply go on seeing me as a bloodthirsty beast, the cruel sadist, the murderer of millions, because the broad masses cannot conceive the Kommandant of Auschwitz in any other way. They would never be able to understand that he also had a heart and that he was not evil." How men such as Karl Höcker reconciled these two sides of their lives and their personalities remains one of the most troubling unanswered and perhaps unanswerable questions of the Holocaust. For this reason, his album is such a powerful and intriguing document.