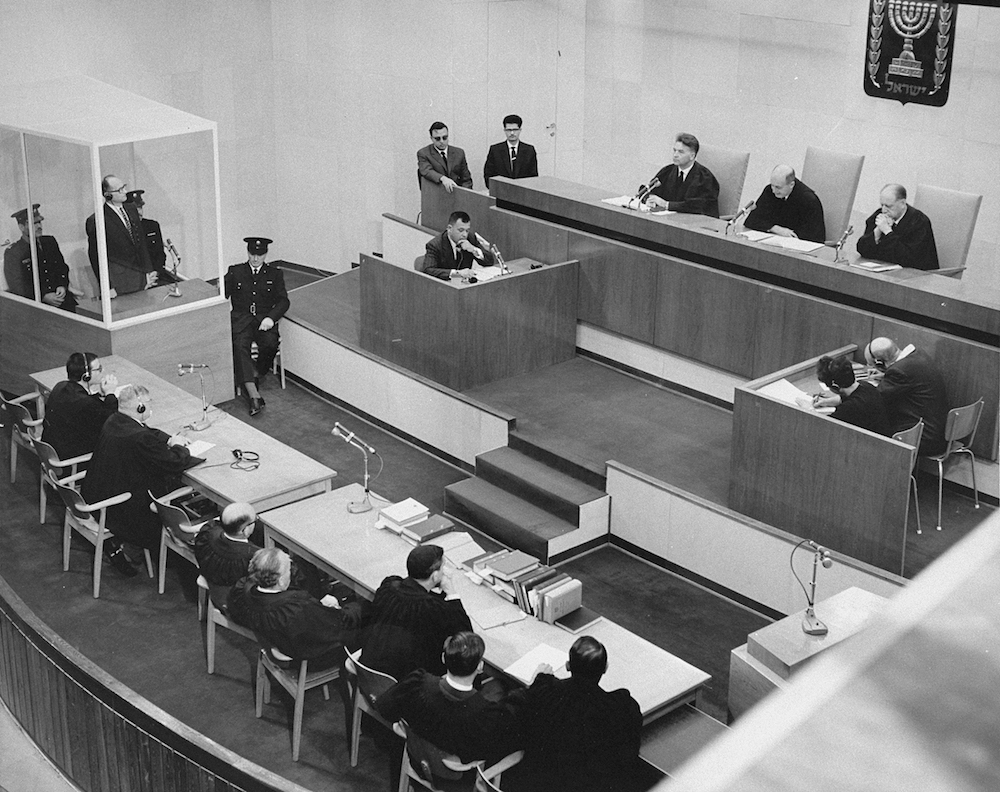 Eichmann listens as he is sentenced to death by the court. ——Israel Government Press Office (Photo #65289)

In 1961, the District Court of Jerusalem tried Adolf Eichmann on fifteen separate counts, including crimes against the Jewish people, crimes against humanity, war crimes, and membership in a hostile organization. The trial, the first one in history to be videotaped, aroused interest world-wide, bringing Nazi atrocities to the forefront of world news, and prompting international debates regarding the legality of the trial. The court rejected the preliminary arguments raised concerning its own competence and jurisdiction in trying Eichmann, and after a trial lasting eight months, found him guilty on all counts and sentenced him to death. He was executed by hanging on June 1, 1962, and his ashes were spread at sea.

The following bibliography was compiled to guide readers to materials on the Eichmann Trial that are in the Library’s collection. It is not meant to be exhaustive. Annotations are provided to help the user determine the item’s focus, and call numbers for the Museum’s Library are given in parentheses following each citation. Those unable to visit might be able to find these works in a nearby public library or acquire them through interlibrary loan. Follow the “Find in a library near you” link in each citation and enter your zip code at the Open WorldCat search screen. The results of that search indicate all libraries in your area that own that particular title. Talk to your local librarian for assistance.

To search library catalogs or other electronic search tools for materials on Adolf Eichmann or the Eichmann Trial, use the following Library of Congress subject headings to retrieve the most relevant citations: