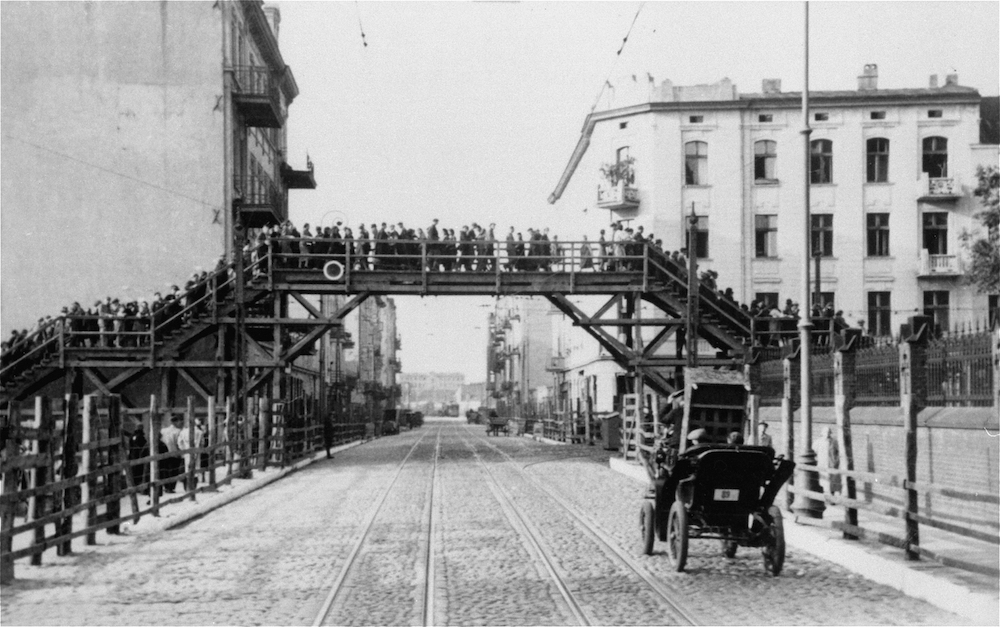 At the outbreak of World War II, the Jewish community of Łódź, Poland numbered nearly 200,000, roughly 30% of the city’s population. It was the second largest Jewish community in Poland, and one of the largest in the world. Within a few months of the Nazi invasion, the Germans established a ghetto in the northeastern section of Łódź and all of the city’s Jews were forced to move there.

Like other ghettos in Nazi-occupied Europe, the inhabitants of the Łódź ghetto suffered from horrendous living conditions and were forced to support the Nazi war-effort through manual labor. Unlike other ghettos, however, all aspects of daily life were ruled directly by the ghetto administration (Judenrat) and its head, Mordechai Chaim Rumkowski. Viewed as a controversial figure for his compliance with Nazi orders and strict policies in the ghetto, Rumkowski was in charge of maintaining order in the ghetto and fulfilling Nazi demands. Although his efforts to preserve the ghetto eventually proved fruitless, the Łódź ghetto existed until it was liquidated in August 1944 when the surviving residents were sent to Auschwitz-Birkenau.

The following bibliography was compiled to guide readers to materials on the Łódź ghetto that are in the Library’s collection. It is not meant to be exhaustive. Annotations are provided to help the user determine the item’s focus, and call numbers for the Museum’s Library are given in parentheses following each citation. Those unable to visit might be able to find these works in a nearby public library or acquire them through interlibrary loan. Follow the “Find in a library near you” link in each citation and enter your zip code at the Open WorldCat search screen. The results of that search indicate all libraries in your area that own that particular title. Talk to your local librarian for assistance.

When searching library catalogs or other electronic search tools for materials on the Jews of Łódź, use the following Library of Congress subject headings to retrieve the most relevant citations: