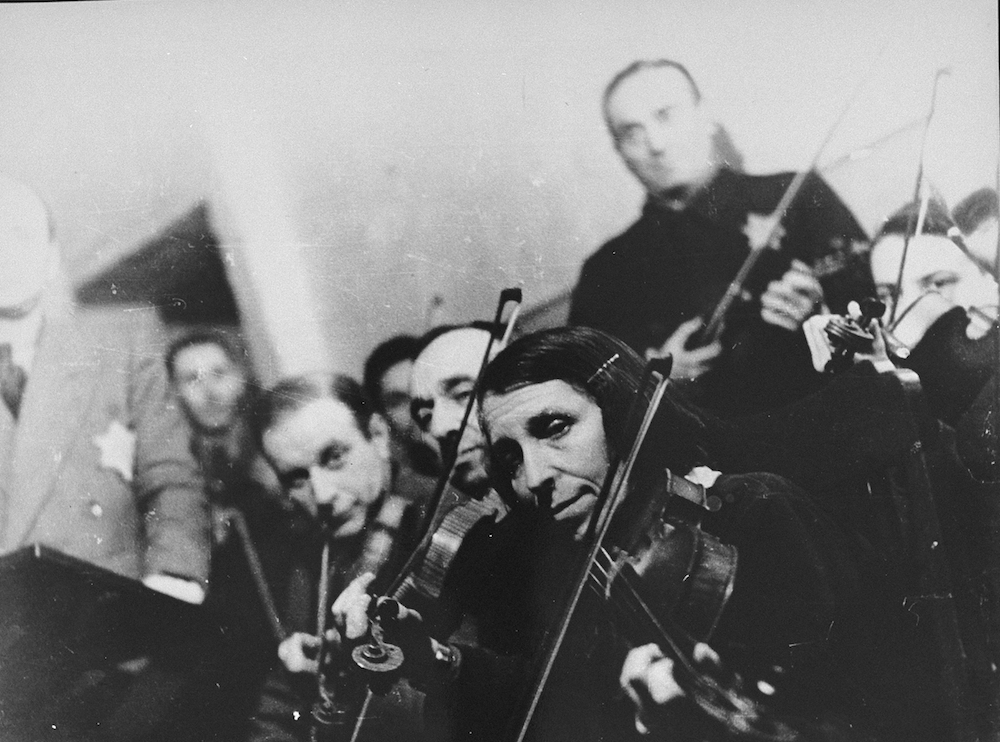 Music has been essential to German culture and national identity for centuries. For the Nazis, music was seen not only as a source of national pride but also a tool that could be used to reshape German society to reflect the racial and cultural ideology of the Third Reich. Shortly after taking power in 1933 Nazi officials sought to “coordinate” German music by establishing the Reich Chamber of Music to supervise all musical activities in Germany and encourage music that upheld “Aryan” values. Orchestras and conservatories were nationalized and subsidized by the state, while popular performers were recruited to serve as propaganda outlets for the Reich. Jewish musicians were stripped of their positions, and those who chose or were forced to remain in Germany formed the Jewish Culture Association (“Jüdischer Kulturbund”) to operate an orchestra, theater, and opera company composed of Jewish performers. The Nazis also ascribed a racial element to music, denouncing popular music like jazz as well as modern, avant-garde orchestral compositions as corrupting influences on traditional German values. A 1938 exhibition in Düsseldorf entitled “Entartete Musik” condemned this so-called “degenerate” music and the artists who performed it.

In the ghettos and concentration camps, music was used as a form of spiritual and cultural resistance against the Nazis. Orchestras, choirs, and other musical groups were formed in many ghettos to give clandestine performances for fellow residents. The ghetto at Terezín (Theresienstadt in German), which the Nazis used for propaganda purposes as a “model ghetto,” held many of the most prominent Jewish musicians and composers from across Europe, including Gideon Klein, Hans Krása, Pavel Haas, and Viktor Ullmann. Music composed and performed in Theresienstadt and other ghettos reflect the dire living conditions under the Nazis and longing for what was being destroyed. Several concentration camps, including Auschwitz, Sachsenhausen, and Buchenwald, had prisoner orchestras that were forced to give performances for SS officers and visiting dignitaries. For these performers, music became a form of “useful work” that could help guarantee survival.

The following bibliography was compiled to guide readers to selected materials on music in Nazi Germany and the Holocaust that are in the Library’s collection. It is not meant to be exhaustive. Annotations are provided to help the user determine the item’s focus, and call numbers for the Museum’s Library are given in parentheses following each citation. Those unable to visit might be able to find these works in a nearby public library or acquire them through interlibrary loan. Follow the “Find in a library near you” link in each citation and enter your zip code at the Open WorldCat search screen. The results of that search indicate all libraries in your area that own that particular title. Talk to your local librarian for assistance.

Music in the Third Reich

Music in the Ghettos and Camps

To search library catalogs or other electronic search tools for materials on music in the Third Reich and the Holocaust, use the following Library of Congress subject headings to retrieve the most relevant citations: