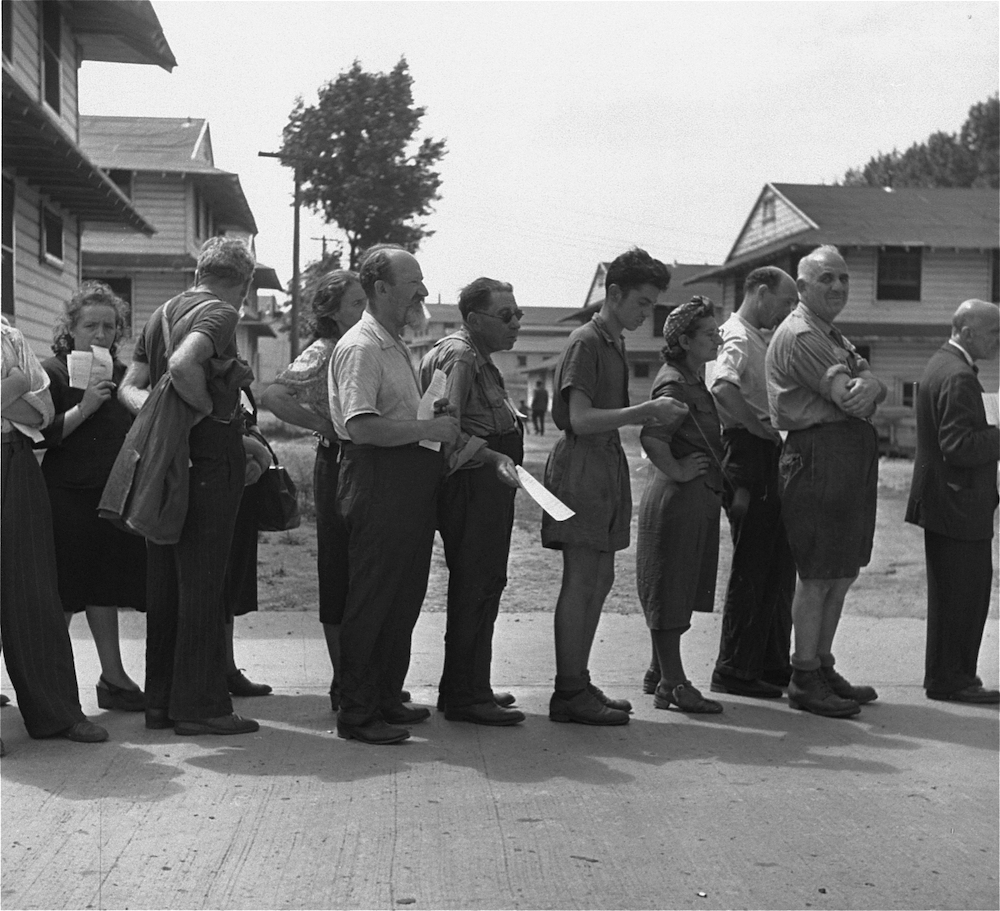 On June 12, 1944, President Franklin D. Roosevelt announced his plan to create a free port at Fort Ontario in Oswego, New York. Under this plan, 982 refugees from eighteen different countries were transported from Italy to an emergency shelter at Fort Ontario. Roosevelt circumvented the rigid immigration quotas by identifying these refugees as his “guests,” but that status gave them no legal standing and required their return to Europe once conditions permitted their repatriation.

Because of their undefined immigrant status, the refugees were not permitted to leave Fort Ontario, even to work or to visit family members already settled in the United States. They struggled to create a community within the camp, but the close quarters and their uncertain futures made for tense relations.

Advocates for the refugees continually lobbied Congress and the President to allow them to stay in America. Finally, after eighteen months in the camp, President Truman permitted their legal entry into the country. The shelter closed a short time later in February 1946.

The following bibliography was compiled to guide readers to materials on the Fort Ontario Emergency Refugee Shelter and related resources. It is not meant to be exhaustive. Annotations are provided to help the user determine the item’s focus, and call numbers for the Museum’s Library are given in parentheses following each citation. Those unable to visit might be able to find these works in a nearby public library or acquire them through interlibrary loan. Follow the “Find in a library near you” link in each citation and enter your zip code at the Open WorldCat search screen. The results of that search indicate all libraries in your area that own that particular title. Talk to your local librarian for assistance.