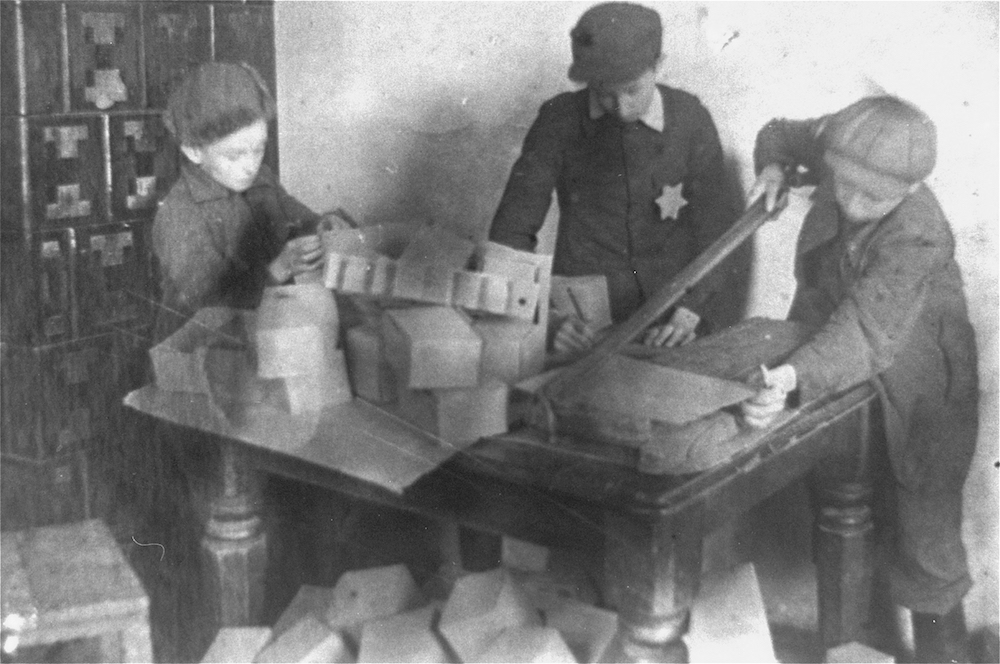 In the fall of 1944, as the war raged on two fronts in Europe, approximately eight million forced laborers toiled in Nazi Germany to support the regime’s increasingly desperate attempt to stave off defeat by the Allies. The numbers of forced laborers conscripted by the Nazi regime had steadily grown since the war began in 1939, and as the war continued, the regime came to rely upon this exploited and expendable work force to prop up the German economy in terms of agriculture, construction, and munitions manufacturing. Civilians constituted the largest single group among these laborers, conscripted from all over occupied Europe but especially the East, followed by prisoners of war, especially those from the Soviet Union, and lastly concentration camp inmates, including both Jews and political prisoners.

In this vast empire of public and private enterprise, the Jews were singled out for especially harsh treatment and physically punishing work, and many eventually succumbed to what the Nazis called "annihilation through work." This harsh treatment grew out of the forced labor regimen that since 1933 had been an integral part of the Nazi program for controlling those it deemed as political or racial enemies of the German people.

The following bibliography was compiled to guide readers to selected materials on forced labor during the Nazi era that are in the Library’s collection. It is not meant to be exhaustive. Annotations are provided to help the user determine the item’s focus, and call numbers for the Museum’s Library are given in parentheses following each citation. Those unable to visit might be able to find these works in a nearby public library or acquire them through interlibrary loan. Follow the “Find in a library near you” link in each citation and enter your zip code at the Open WorldCat search screen. The results of that search indicate all libraries in your area that own that particular title. Talk to your local librarian for assistance.

Slave Labor in Camps and Ghettos

To search library catalogs or other electronic search tools for materials on forced labor, use the following Library of Congress subject headings to retrieve the most relevant citations: