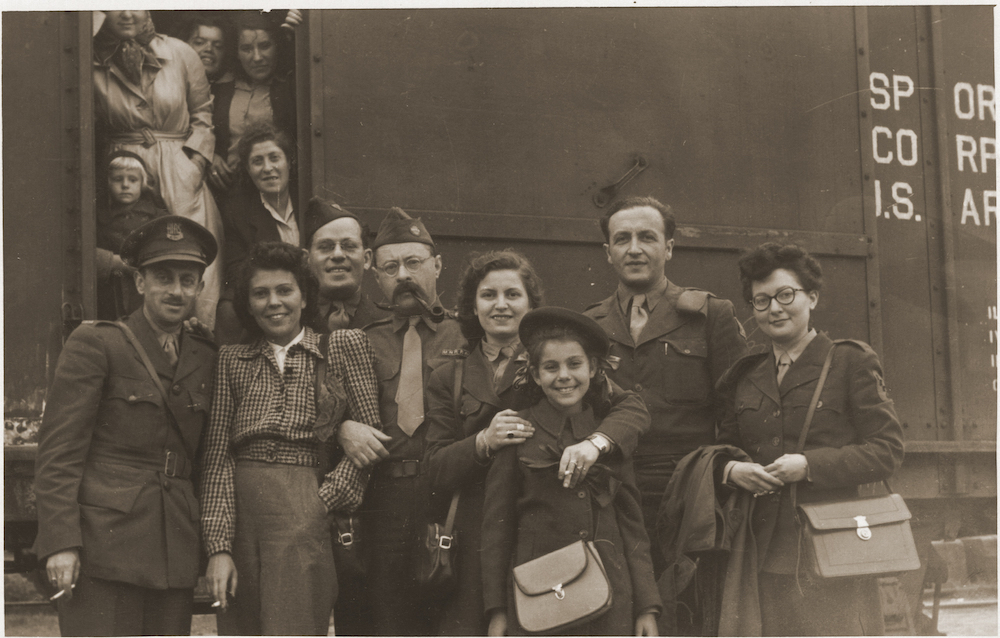 Throughout the spring of 1945, Allied troops liberated more than ten million forced and slave laborers, prisoners of war, and concentration camp survivors on German soil. The military authorities quickly repatriated the vast majority of the displaced persons (DPs) in the summer of that year. However, some of the remaining DPs refused to return to their homelands. Labeled as “non-repatriables,” the occupation authorities placed them in camps by nationality.

Among the remaining DPs in Germany were a small number of Jews who wished to emigrate from Europe, and saw Germany only as a transit area. In the immediate aftermath of the war, many of these individuals recovered physically, emotionally, and mentally from their brutal treatment, searched for information about their families, and began to rebuild their communities. They quickly established a political structure, the Central Committee of Liberated Jews, printed newspapers and religious texts, and organized cultural, educational, and religious activities. Initially the occupation authorities refused to recognize them as a distinct group and often housed them in DP camps with hostile populations. Following a scathing report prepared by Earl Harrison in August 1945 that accused the United States military of treating the Jews in a manner similar to the Nazis, the occupation authorities finally established camps solely for Jews, which helped to foster community growth and cohesiveness.

Beginning in late 1945, tens of thousands of Jews from Eastern Europe and the Soviet Union streamed into the western occupied zones of Germany and Austria, seeking relatives, emigration assistance, and protection from continuing antisemitism. They forced the occupation authorities to open additional camps and swelled the ranks of DPs already there. The vast majority of the Jewish DPs emigrated between 1948 and 1952, but a small Jewish population remained in Germany. The last camp, at Föhrenwald, was closed by the German government in 1957; by then, all remaining DPs were resettled into existing communities.

The following bibliography was compiled to guide readers to materials on Displaced Persons that are in the Library’s collection. It is not meant to be exhaustive. Annotations are provided to help the user determine the item’s focus, and call numbers for the Museum’s Library are given in parentheses following each citation. Those unable to visit might be able to find these works in a nearby public library or acquire them through interlibrary loan. Follow the “Find in a library near you” link in each citation and enter your zip code at the Open WorldCat search screen. The results of that search indicate all libraries in your area that own that particular title. Talk to your local librarian for assistance.

To search library catalogs or other electronic search tools for materials on displaced persons, use the following Library of Congress subject headings to retrieve the most relevant citations: